It’s well known that the world has a critical need to increase food production. A 2009 UN report estimates that just to keep up with population, production must grow 70% by 2050. The catch is that this must happen with no more water or land than is being used by agriculture today. That’s a daunting challenge but one I’m sure robots can help with. Unfortunately, (for a technologist) sometimes the biggest challenges are not technical ones.

In robotics I believe in solving the easiest problems first then using those solutions to attack harder problems. So, a few years ago I conducted an exercise to try to figure out where to begin. Which crops, I wondered, were the most amenable to robotic harvesting? I made a list of hand-harvested crops in the US and developed a robotic-appropriateness filter. The filter had these components:

I ranked each category from 0 to 2 with the higher number being more favorable to robots. (The categories are not entirely independent but I was interested in a quick first pass.) And what crop came out on top? It surprised me but with a score of 11 out of a possible 12 the answer is asparagus.

From a technical point of view, asparagus (green, not white) is a great crop for robots. The happy properties of asparagus from the robot’s perspective are: asparagus plants must be preserved from year to year, the stalks are not surrounded by leaves, they ripen at different times and must be harvested every few days, asparagus maturity equals height—a relatively easy parameter to identify, the stalks are near the ground, and asparagus is sturdy compared to many other food crops.

From a need point of view asparagus is also a great target for robots. Harvesting asparagus is usually done manually. Workers stoop over and use a Y-shaped knife to cut the asparagus stalks one at a time just below ground level. The work is harsh and farmers have trouble finding willing laborers. There are stories of asparagus allowed to go to seed or being plowed under because so few harvesters can be found.

Another point of need for US growers is foreign competition. Consumers in the United States eat more asparagus each year but US growers produce less and less. One reason for this mismatch is the high cost and uncertain availability of workers to harvest asparagus. Robots could reduce the cost of harvesting and ensure that harvests happen on time.

So why have you seen no stories about companies racing to develop asparagus-harvesting robots? Because the economics don’t work out. Domestic production of asparagus amounted to only about $60M in 2014 (we consumed $575M worth). Developing a robot to do this task will be expensive (several million dollars), take maybe two-or-so years, and entail risk. Even if the resulting robots were used to harvest all the asparagus in the US, the potential reward does not justify the risk for most venture capitalists.

I’d like to find a way to change this equation but as it stands asparagus production in the US continues to fall. 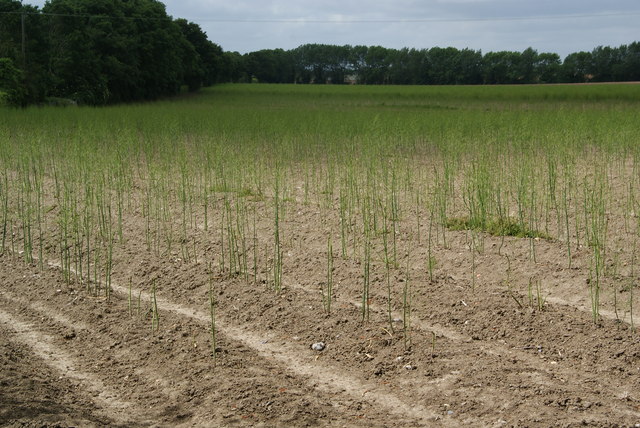 « The Red Roomba Mystery
Everyone Plays a Roboticist on TV »